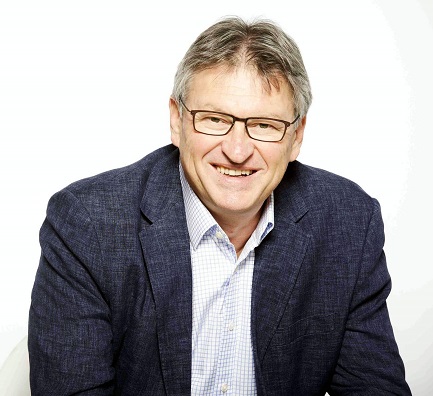 People would do what they say they’re going to do - to standard, in budget and on time - every time? Treat your customers, and your stuff, as if it were their own? Share your passion for your brand? Live your company values?

He has led dozens upon dozens of workplace culture transformation programmes for organisations ranging from small enterprises who employ as few as 50 people, all the way through to working with some of the world’s most envied brands, staffed by 50,000+ people. Across all industries. With measurable outcomes. To the extent the Institute for International Research branded him as “one of the world’s leading practitioners’ in his field.

For 30 years now, Stef has focussed exclusively on Employee Engagement (built on personal excellence, authentic leadership and high-trust teams) and Workplace Culture Transformation (powered by the UGRs® concept). Then came Covid. In response, he is now - for the very first time ever - also helping individuals, leaders, teams and organisation to remain resilient through times of crises: An undertaking for which he is remarkably well qualified. Starting with his service in elite units during the last decade of South Africa’s 23-year ‘Border War’ - pitted (in large part) against Russian-equipped, Cuban-led Angolan forces - which saw some of the largest battles on the African continent since WWII.

Now add that he was commissioned as an officer from the rank of sergeant - based on sheer talent and potential, alone - without having to complete the otherwise compulsory year-long officers training programme: A career-jump that is almost unheard of. Then he made it to Lieutenant Colonel, as one of the youngest of his era. Next he was given command of a Parachute Battalion – and later decorated for the manner in which he led his unit. But, if you really want evidence of the fact that he can cope with - and lead others through - crises, consider the fact that he was selected to serve as the very last combatant commander on the ground at the end of the war.

After years of working with you, I didn't think that you could raise your game any higher... but somehow, you did, again. This was by far the very best strategic session I have ever attended. You stuck to my brief in every way. The session was focussed - and to the point. I couldn't have wished for a better outcome."

If you have any questions about Consorteeum, please fill the form below. We will get back to you within 24 hours.

Thank you! Your message has been received!
Oops! Something went wrong while submitting the form.